Apps are an integral part of our modern-day living. We have mobile and web apps for nearly everything from finance to productivity to health to food. For instance, people use Spotify to listen to music, Netflix to watch movies, Uber for transportation, and Amazon to buy all kinds of items.

What are decentralized applications?

Decentralised applications, popularly known as DApps, run and operate on a peer-to-peer (P2P) blockchain network rather than a centrally-owned computer server. It is free from central control by a single entity or corporation. DApps can be developed for gaming, social media, web browsing and decentralised finance.

Swap your BTC, ETH, SOL, USDT and other cryptocurrencies on Obiex without waiting for blockchain confirmation

Let's take a regular app like Instagram that runs on a computer server and system operated by a corporation (Meta). This means Meta has complete authority over how Instagram functions. It controls the backend functionality and user interface people who use the app see.

On the other hand, we have DApps that run on the blockchain or a peer-to-peer network.

An example is OpenSea - a mobile and web application for trading NFTs. It was first built on the Ethereum blockchain but later integrated with the Polygon blockchain to reduce transaction fees.

Another example is BitTorrent, a web application where users can share, upload, and download files from anywhere in the world.

Swap from BTC to ETH or USDT to BTC, and more on Obiex Today

What makes an app decentralised?

There are four criteria an app must meet before it can qualify as decentralised:

Open source: The application's code must be publicly available. Any changes made to the protocol must be decided and agreed upon by consensus.

Decentralised Network: The application must run on a blockchain network, like Ethereum or Polygon, which guarantees data will be stored and distributed on a decentralised public database.

Incentive: The application must have tokens or digital assets to reward users for validating blocks on the chain by using the app.

Protocol: To show proof of value, a decentralised application must run on a blockchain protocol and Cryptographic algorithm, like Proof-of-Work (PoW) or Proof-of-Stake (PoS).  A blockchain protocol is the method through which the application generates tokens which serve as incentives for using the app. For instance, the DApp Brave Browser uses the proof of stake protocol to generate the BAT (Basic Attention Token) crypto for users.  Essentially, this means the DApp must have a mechanism in place that rewards users for their actions within the app. It's similar to how a game app like Subway Surf rewards you with coins for passing new levels.

Steemit is a blockchain-based social media platform. You can create and post content, and other users can comment or react to it. Users are rewarded in cryptocurrency based on the number of interactions their posts generate.

EtherTweet is a decentralised social media platform similar to Twitter, except any content posted on it cannot be deleted. It is also uncensored and serves as a reliable public record of content.

Audius uses blockchain technology to provide music streaming services, similar to centralised apps like Spotify. The platform allows creators to make NFTs of their music, and artists are paid in AUDIO (Audius' native token) when listeners stream their songs. Users can also pay for using the service with AUDIO tokens without involving third-party payment processors.

Upland is a blockchain-based game that combines the metaverse with real-world features for a unique gaming experience. It is based on trading real estate, and all the properties are based on real-life geographical locations. Upland is play-to-earn, which means players can sell their game wins for fiat money. You can download the game on your Android and iOS devices.

Brave is a web browser based on blockchain technology. The browser claims it wants to give privacy and information control to its users. This DApp has over 5 million users and rewards users with "Basic Attention Tokens (BATs) or Brave Rewards -that can be traded for Bitcoin - for watching ads and using in-app features.

Reward yourself with the best rates on the market. Trade crypto on Obiex today.

What are the benefits of decentralised applications?

Centralised applications are known for breaching user privacy and exploiting your personal information. With a decentralised app, users do not have to enter their personal information. Because DApps are built using smart contracts, it reduces the need for sharing excess personal details while keeping any data you share safely on the blockchain. Data stored on a blockchain is particularly secure because only authorised users can access it. The data can't be used for other potentially problematic purposes, like data stored on a company's server.

What are the drawbacks of decentralised applications?

Decentralised applications are still in an early developmental phase. Hence, they are prone to downtimes and operational problems compared to centralised apps that have been around for decades.

Modifications must continue for an app to keep running smoothly. That's why you find new updates for centralised apps in the app or play store or from the app website. Each new version or update comes with bug fixes, new features, or both. In the case of DApps, it's difficult for developers to make necessary updates because the code and data on the blockchain are hard to alter or modify. Once a smart contract is deployed, it's very difficult to make any changes.

Why should you care about Decentralised Applications?

If you're a user concerned about your online privacy and the safety of your personal information, DApps may be worth paying attention to. These apps run on the blockchain, and one of the core features of this technology is privacy.

If you're looking for a platform that is uncensored and allows for freedom of expression, unlike centralised apps that can restrict messages or posts, DApps are an alternative.

DApps are part of the new wave of technology, alongside cryptocurrency, web3, NFTs, and the metaverse. Even if you have no use for them presently, they're still worth keeping an eye on. Technology is constantly evolving, and in 2 - 3 years, DApps may be as mainstream as traditional apps.

Disclaimer: This article was written by the writer to provide guidance and understanding of cryptocurrency trading. It is not an exhaustive article and should not be taken as financial advice. Obiex will not be held liable for your investment decisions. 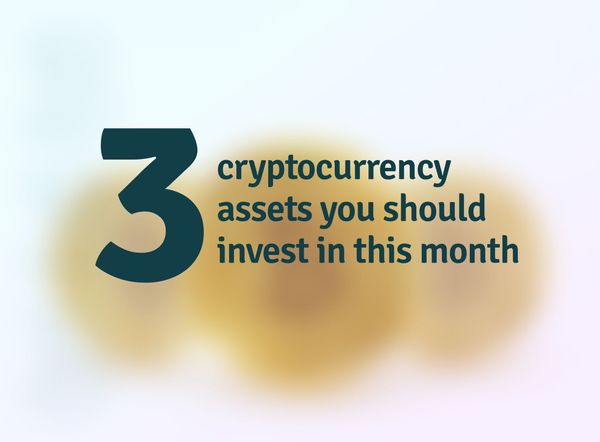 The best Crypto assets to obtain in August 2021 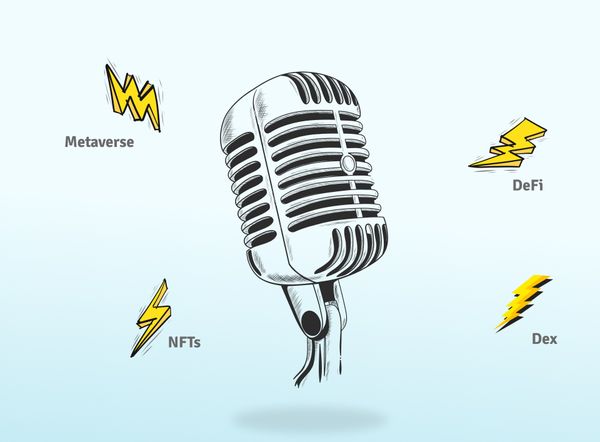 The Best Cryptocurrency Podcasts To Listen To Right Now