TL;DR: A Central Bank Digital Currency is a digital form of a country's currency issued by the country's central bank. It's divided into two categories - wholesale and retail CBDCS. Unlike crypto, these currencies are fully centralised, and transactions are not anonymous.

Although physical currency is still widely in use, the rise of cryptocurrencies like Bitcoin and the development of blockchain technology have caused financial institutions and individuals to pay more attention to digital money. Hence, central bank governments worldwide are researching and exploring the potential of government-backed digital currencies.

This article examines how CBDCs work, what countries have launched central bank digital currencies and the difference between Cryptos and CBDCs.

What is a CBDC (Central Bank Digital Currency)?

Central Bank Digital Currency (CBDC) is a digital form of a country's currency issued by the country's central bank. Rather than printing money, the central bank issues government-backed and generally accessible digital coins or tokens that have the same value as the national currency.

The current trend of CBDCs became mainstream in 2020.  However, the fundamental concept of establishing a digital currency has been in the works for several decades. Central authorities were the first to launch these currencies like e-gold in 1996. According to Wikipedia - e-gold was a digital gold currency operated by Gold & Silver Reserve Inc. (G&SR). G&SR allowed users to open an account on their website to send or receive gold and other precious metals to and from other e-gold accounts.

Unfortunately, their operations were suspended in 2009 due to legal troubles. But before then, the e-gold system had grown to five million accounts, and at its peak in 2006, it was processing over US$2 billion worth of transactions per year.

Trade over 25 digital currencies and tokens on Obiex. SIgn up now.

Bitcoin's public introduction in 2009 changed the digital currency model in two ways. One, it showed the potential of a decentralised currency without government intermediaries. Two, it showed the use of blockchain for recording and executing transactions. Presently, over 5000 different cryptocurrencies are available for public use, and more tokens & coins are being created every other day. The blockchain industry is growing by leaps and bounds. Decentralised applications and financial structures are in full operation. There are even cryptocurrency lending services. As a result of the growing crypto-blockchain market and industry, governments worldwide are exploring ways to leverage this new financial technology to create their own central currencies.

CBDCs are split into two categories - wholesale and retail. Wholesale CBDCs are principally used by financial institutions, while regular businesses and everyday users use retail CBDCs.

Wholesale CBDCs function similarly to having reserves in a central bank. The central bank provides a financial institution with an account to deposit digital currencies and conduct interbank transfers. Then the central bank utilises monetary policy tools like interest in reserve balances to set interest rates and manage general bank lending.

CBDCs are backed by the government, which primarily eliminates the risk of customers losing their money because their digital currency issuer went bankrupt. The term "general-purpose CBDC" refers to a CBDC that will be distributed to the general population.

You can swap NGNX for BTC, ETH, USDT, SOL, XRP and more on Obiex. Create an Account Now

Retail CBDCs are used by businesses and consumers, similar to how money in their bank accounts is used. This means users can send and receive CBDCs, and use them to pay for goods and services, like fiat money.

There are two types of retail CBDCs:

What Countries have launched CBDCs?

Before the covid pandemic in 2020, central bank digital currencies were just theoretical concepts governments were considering without making solid moves to flesh them out. When the pandemic and ensuing lockdowns hit the world, causing a significant need to send financial aid worldwide, CBDCs became a focal point of action. The coincidental rise of cryptocurrency pushed government digital currency plans further.

According to the Atlantic Council CBDC tracker:

According to the Central Bank Digital Currency Tracker, 11 countries have their CBDCs in the pilot stage, including:

Only two countries: Jamaica and Bahamas, have launched their CBDCs, the JAM-DEX and Sand Dollar, respectively.

What are the Pros and Cons of CBDCs?

There are several benefits of central bank digital currencies, including:

There are some drawbacks of central bank digital currencies, including:

What's the difference between Central Bank Digital Currency and Cryptocurrency?

Although a CBDC is a digital currency that can run on a blockchain, it is not a cryptocurrency. Four key differences exist between both assets:

The financial world and how money works are evolving. As we move towards a fundamentally digital world, it is understandable that traditional banking systems are finding ways to stay updated.

Although most central bank digital currencies are still in the research or development stage, they'll likely become a standard part of financial operations worldwide.

Become a part of the Future. Buy, Sell and Swap Crypto on Obiex. It’s completely Free. Create an account today 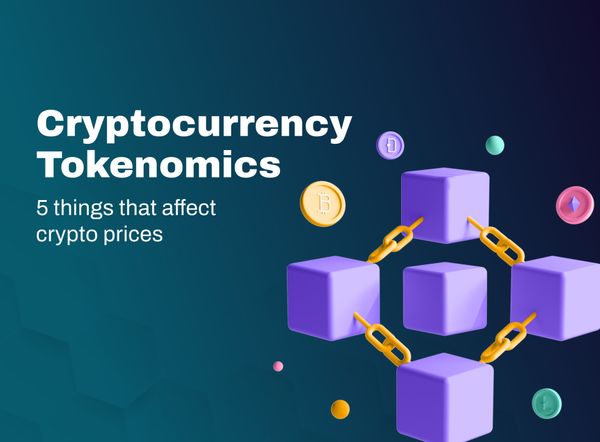 Crypto Tokenomics; 5 Things That Affect Crypto Price And Value You May Not Know About (Number 2 Is Probably The Most Important)

4 Simple Ways To Get Rid Of Crypto Dust Attacks